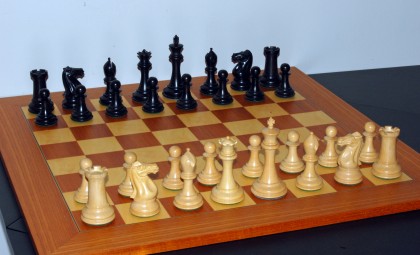 A Chess board. Photo credit: Wikipedia.

The 2014 Chess League will kick off soon.

This was according to the Solomon Islands Chess Federation President Alick Mamae.

Speaking to SIBC Sports, Mr Mamae says registration has started last week and will continue for the next two weeks.

He says they are hoping to start the league as soon as possible with plans to hold the Chess League towards the end of the year.

Mr Mamae adds, the league is purposely to continue chess in Honiara as part of the ongoing development of Chess in the country.