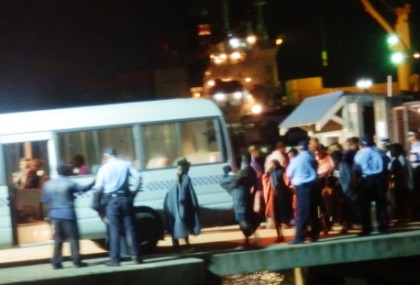 Survivors assisted by police upon arrival at the Point Cruz Wharf.

Police, the Maritime Safety unit, Red Cross, Medical officers and other organisations were at the wharf to assist the survivors who arrived on four separate boats.