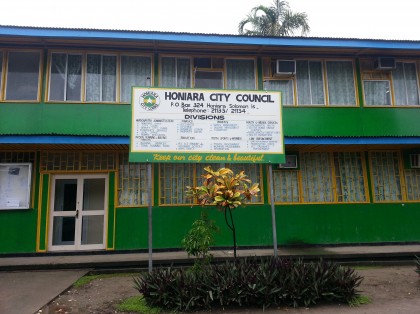 The Peoples Alliance Party has accused the council for heavy-handedness. Photo: SIBC.

The People’s Alliance Party,PAP, has accused the Honiara City Council of using heavy-handedness when it evicted street sellers off Honiara streets.

The party’s media officer, George Atkin reports while the People’s Alliance Party appreciates the efforts by the Honiara City Council to keep the capital clean, it disagrees with the force it had used to evict street sellers of betel nuts and cigarettes off the streets.

The party says the betel nut and cigarette street sellers are mostly women who want to make ends meet for their families.

It believes the Honiara City Council has had enough time to consider allocating a place for the women to sell their betel nuts and cigarettes and their hand-made products instead of using heavy handed tactics to force them off the streets.

H.C.C LAW ENFORCES TOLD THEY ARE BACKBONE OF H.C.C LAWS