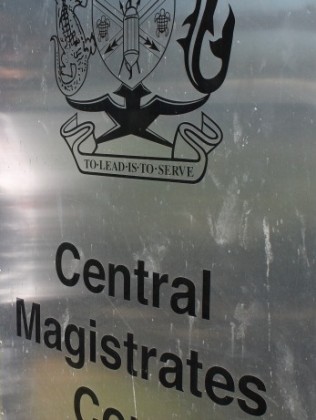 Former legal advisor to Transparency Solomon Islands, Shepherd Lapo has been sworn in as a principal magistrate. Photo: Honiara Magistrates

Former legal advisor to Transparency Solomon Islands, Shepherd Lapo has been sworn in as a principal magistrate.

Mr Lapo, most recently worked as legal advisor to the corruption watch-dog organization but is not a new face in the judicial workforce.

He was formerly a first class magistrate at the Magistrates Court, and later worked as a field security officer for the United Nations until 2010.

Meanwhile, in welcoming Mr Lapo as principal magistrate yesterday, Chief Justice Sir Albert Palmer said he is expected to do his best to serve the expectations of the Government, the people and the community.

A Royal Solomon Islands Police Force cap. Photo credit: SIBC. A man has been arrested on suspicion of being part of a gang who robbed ... Read More