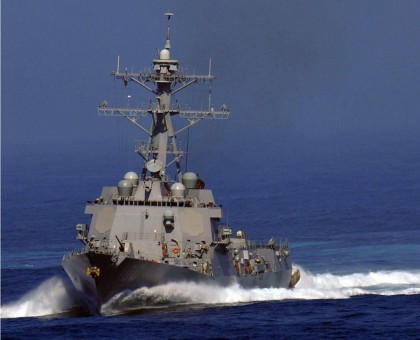 A US navy vessel, the U-S-S Kidd D-D-G One-Hundred, will be arriving in Honiara tomorrow (Wednesday 29).

A statement from the US Consular Agency Office in Honiara confirms the vessel’s arrival and says there will be 32 officers and 250 enlisted personnel on board.

The statement says the purpose of this visit is mainly for rest and relaxation for the crew on board, while re-supplying the vessel.

The US Navy Vessel is an Arleigh Burke-class destroyer in the United States Navy.

On January 5 in 2012, the U-S-S Kidd rescued a 13-member crew of an Iranian-flagged fishing vessel from Somali pirates who had been holding them hostage for over 40 days and captured fifteen pirates in the process, with no casualties.

She arrives tomorrow at nine am and will depart on Thursday at the same time.

H.C.C MUST PRIORITIZE TALKS ON TOWN BOUNDARY WITH GUADALCANAL