SIBC| Voice of the Nation 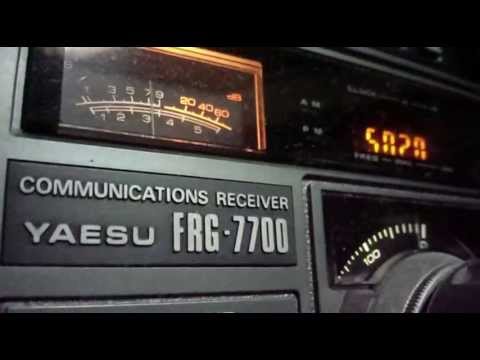 People of Solomon Islands have free daily access wherever they are too worthwhile information, education, and entertainment programs professionally produced and broadcast using quality equipment and transmitters.

The SIBC is the main channel by which the Government of Solomon Islands enables the provision of information and education services to the communities, including up-to-date information and different perspectives on matters affecting their quality of life, livelihoods, cultural wellbeing, health, safety, and security in times of emergency or disease outbreaks and development generally. The SIBC remains, for the majority of people in most communities, the main provider of worthwhile and relevant information for their educational, livelihood, and personal objectives. These include cultural, sporting, religious, commercial, and community objectives.

Radio Happy Lagoon is located in Gizo, Western Province. It is currently broadcasting on FM after an earthquake damaged the AM infrastructure.

Radio Temotu is located in Lata in the Temotu Province. It is currently not broadcasting but serves as an important communications link between the remote islands and the capital.

SIBC is a public service broadcaster that facilitates educational programs, recording and promoting local music, and the unity of diverse cultures in a scattered island nation.
For many remote areas in the Solomon Islands, SIBC is the only way to obtain immediate news and information and thus plays a vital role in natural disaster management.

We celebrate our new website and we wish to thank Mr. Martin Hadlow and his family for donating the website to SIBC. Martin worked with us from 1982 to 1984. He had been recruited by the Australian aid agency to help the SIBC board and management as the Advisor. He did much more than advice. He trained and mentored and even recorded the very first group for an audio cassette titled ‘Solomon Bamboo ‘ at Ughele on Rendova. He is remembered fondly and with great respect by many of us at SIBC.

Ashley Wickham was managing SIBS then when Martin Hadlow worked in Honiara from 1980-84. In early 2013 Ashley was recalled by the Board to the role of General Manager and has summoned his wide national and international experience in the area to contribute to the resurgence and revitalization of SIBC. Mr. Wickham maintained contact with Mr. Hadlow that resulted in the new website design. A brief resume is attached. A Wickham -Resume (Pdf)

Today SIBC stands at a new threshold of great opportunities and it is a pleasure to have a great website that can add to your visions of the Solomon Islands.

The Solomon Islands Broadcasting Corporation was established by an Act of Parliament – The Broadcasting Ordinance 1976.
It was established to provide a high-quality broadcasting service, by radio, of a wide range of programs for the information, education, and entertainment of all people living in the sovereign borders of the Independent State of Solomon Islands.
Radio broadcasting was established by US military forces in the British Solomon Islands Protectorate (BSIP) during World War Two. In 1944, the Armed Forces Radio Service (AFRS) developed small, mediumwave stations at Lunga on Guadalcanal and Munda, New Georgia. These were designed to provide information and entertainment to the hundreds of thousands of US service personnel then based in the BSIP. The stations were part of the Mosquito Network, a loose network of similar AFRS stations stretching through the South-West Pacific, from Bougainville in the north to Auckland in the south, and including outlets in Espiritu Santo and Noumea.

As the Pacific war moved northwards, the AFRS stations closed and BSIP listeners returned to tuning to broadcast programs from Australia or further afield for entertainment and information. In 1946, a rudimentary weekly half hour of news and service bulletins was established by the BSIP Administration. The service was transmitted from Honiara on regular inter-island radio frequencies using Government transmission equipment and soon developed a regular following.

By 1952, the broadcasts were on a much stronger footing, and the Solomon Islands Broadcasting Service (SIBS), an arm of the Government, was established. In 1976, new legislation converted the SIBS into the Solomon Islands Broadcasting Corporation (SIBC), a totally independent public service broadcaster charged with providing national radio coverage and a full range of news, educational, and entertainment services.