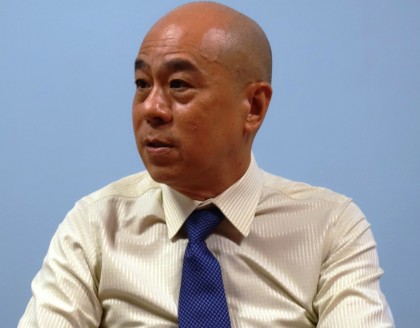 The controversial Chief Executive Officer of the Solomon Islands Ports Authority Mr. Collin Yow is now restrained from entering all premises owned and or controlled by SIPA.

This is the sentence handed down to CEO Yow by Chief Justice Sir.

Albert Palmer at the High Court this afternoon.

The Chief Justice rules, Mr. Yow, his servants, agents, invitees, licensees or others currently acting under the Respondent/defendant’s authority or purported authority are restrained from entering all SIPA premises.

The ruling adds, Mr. Yow is restrained from issuing any directives or instructions to the Management of SIPA in relation to the operations of the Applicant or claimant.

Chief Justice Palmer further adds, Mr. Yow is restrained from holding meetings or forums in relation to the operation of SIPA, saying he should also return to the Director of Corporate Services of Solomon Islands Ports Authority all properties belonging to the authority.

The order also states, the Sheriff of the High Court will implement these orders with the assistance of the Royal Solomon Islands Police where needed, adding Mr. Yow should file and serve a Claim within 14 days herewith.

The $50 counterfeit note. Photo credit: CBSI. The Central Bank of Solomon Islands (CBSI) has confiscated the first ever counterfeit copy of the newly introduced ... Read More