FIREARMS TO BE USED ONLY AS LAST RESORT FOR POLICE: HARRIGAN 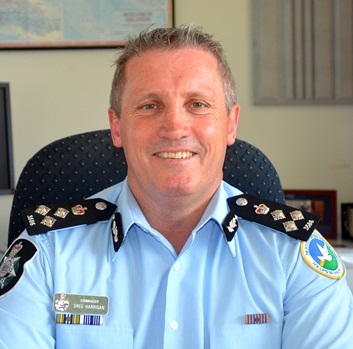 The Royal Solomon Islands Police Force will only use firearms as a last resort and to protect life, says the PPF Commander, Greg Harrigan.

Commander Harrigan made the statement during a radio talk back show about the Solomon Islands Government re-armament program, which was held earlier this month.

He said, firearms are only one of many force options that police can use.

Commander Harrigan also said, the police like to talk to people first, rather than use force or firearms, which is only used as a last resort.

“So one thing for sure is that firearms are a last resort and they are only used to protect life, to protect their own life, of the police officer and to protect the life of others, so as we mentioned Close Personal Protection, there are international treaties that require police to be able to protect VIPs and dignitaries and if you don’t have the appropriate security then dignitaries won’t visit the country and visit your leaders”.

The PPF Commander also said that airports need security as international guests travel in and out of Solomon Islands.

“The airports require security because we have international guests coming and going and there needs to be safe travelling so it’s again certain police who are performing security at the airport would carry weapons and then there’s the Tactical teams that usually respond to violence or again have to action against crocodiles, they are the short of things that the rearmament is necessary for at this stage”.

Three units within the Royal Solomon Islands Police Force are identified to be rearmed under the Government’s rearmament program – including the Police Response Team, the Close Personal Protection and the Airport Police. 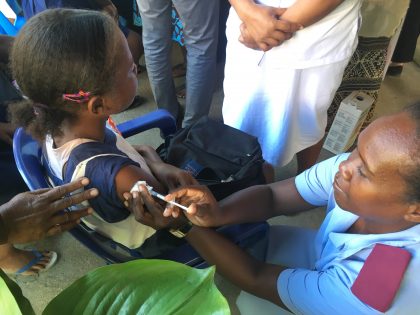 A young school girl getting the first vaccination today. The Ministry of health and medical services has launched the new Human papilloma virus in Honiara ... Read More