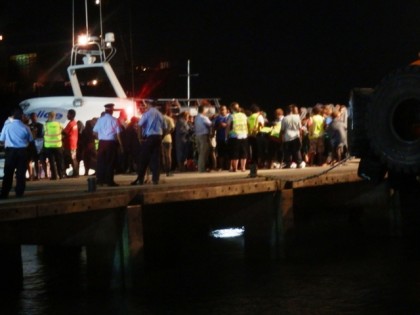 Police, the Maritime Safety unit, Red Cross, Medical officers and reps from other organisations were at the wharf to assist the survivors who arrived on four separate boats.