Prime Minister Hon Manasseh Sogavare yesterday (Sunday 4th Dec), paid homage and presented wreaths on behalf of the government and people of Solomon Islands in honour of  the late President of the People’s Republic of China, Jiang Zemin who passed away mid last week at Shanghai at the age of 96. 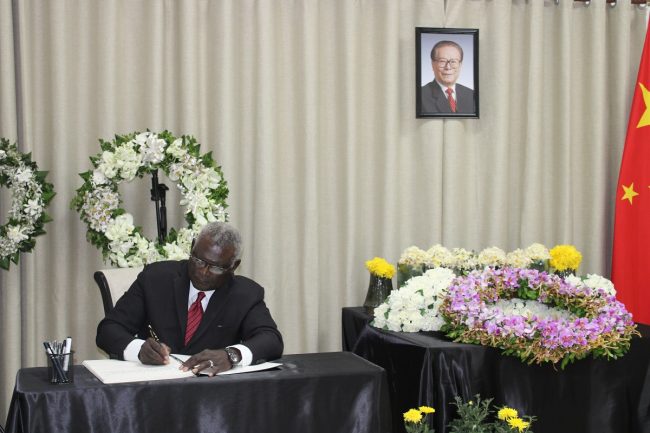 Jiang Zemin was a Chinese politician who served as general secretary of the Chinese Communist Party from 1989 to 2002, chairman of the Central Military Commission from 1989 to 2004 and president of China from 1993 to 2003.

In the Condolence Book, the hon Prime Minister briefly stated, Solomon Islands join PRC in mourning the loss of a great leader.

He wrote, “the late former president Jiang Zemin has played a tremendous role in shaping the modern China to be the great country it is today. His legacy will be cherished forever by all of us. Solomon Islands is proud to be a friend of China.” 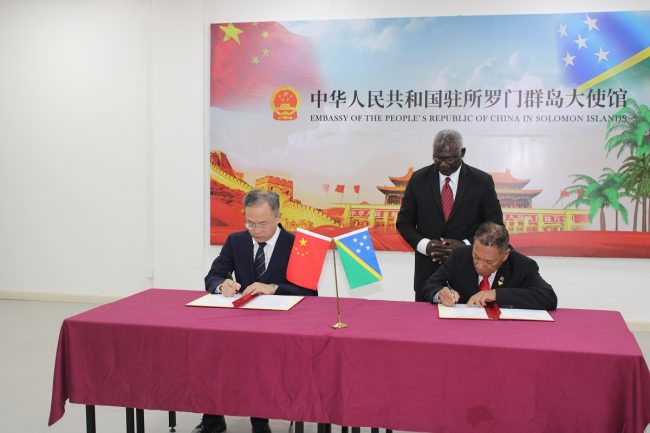 A Chinese Communist Party statement recognised the late Jiang as an outstanding leader with high prestige and a long-tested Communist fighter.

Hon Prime Minister also witnessed the signing and handing over of SBD 1.7 million for disaster relief assistance from the PRC Red Cross Society to the Solomon Islands government.

The Chinese Embassy has hosted a Chinese New Year reception, the first of its kind since establishing its Embassy in Honiara three years ago.  Prime ... Read More

Relations between Solomon Islands and the People's Republic of China (PRC) continue to grow steadily with the latest signing of an agreement to build a ... Read More