AGRICULTURE SET UP TASK FORCE TO HUNT AND DESTROY PEST 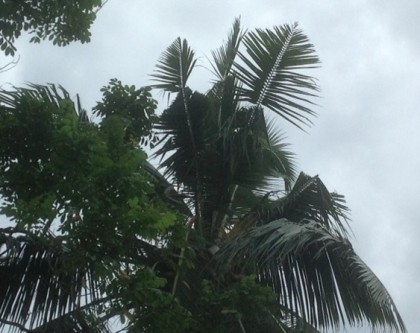 The Ministry of Agriculture and Livestock has set up a task force committee to investigate how far the world’s most dangerous coconut beetle ‘Oryctes rhinoceros’ has spread across the country.

This is after the deadly coconut beetle was confirmed present for the first time in Honiara over the weekend.

Led by officers from the Ministry’s Biosecurity team, the task force will determine activities to eradicate the pest after a survey around the capital is completed.

Permanent Secretary of the Ministry of Agriculture and Livestock Mr. Jimi Saelea confirms his officers will go around Honiara city to try and identify the breeding sites of this beetle and destroy them.

The Ministry is calling for public support in the fight against the deadly pest.

It says any sighting of strange V-shape like symptoms on coconut palms must be reported to the nearest Agriculture office.

Ministerial officials add that the presence of the beetle is threatening the country’s coconut industry and economy.

How the pest entered the country is still a puzzle.

A bridge destroyed in West Guadalcanal during the recent floods. Photo credit: SIBC. The Ministry of Agriculture and Livestock (MAL) has poured out assistance to farmers ... Read More

An example of land use planning. Photo: Courtesy of Cumberland. Agriculture Chief field officers from around the country have completed a land use training program ... Read More