He says people from other countries with Solomon Islands connections can apply for dual citizenships after the amendment to the citizenship laws.

A government statement today says Prime Minister Sogavare has not revealed when his government will submit to Parliament the amendment to the citizenship laws.

The Prime Minister says the government has decided to allow dual citizenships following exerted pressure by people overseas with Solomon Islands connections through marriage, birth and descendants but do not want to surrender their current citizenships to the countries of residency.

Solomon Islands descendants are also in Australia, Fiji and Samoa. 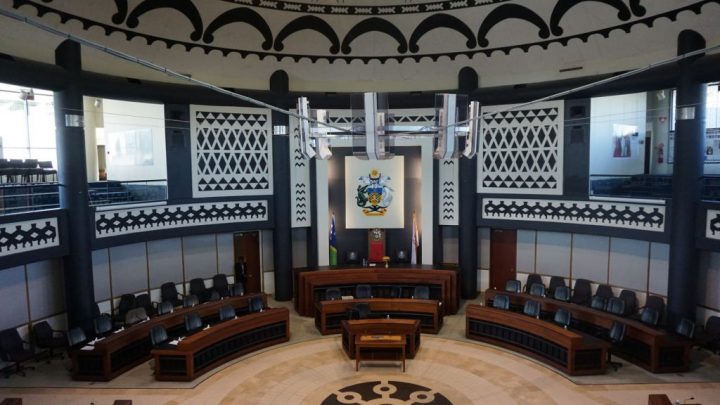 Inside the National Parliament. Parliament has today passed the "Constitutional (Amendment) (Dual Citizenship) Bill 2018". The Bill to allow for dual citizenship passed through the ... Read More

A sticker used by the SIEC on every registration centres starting tomorrow. Photo: SIBC A lawyer Mr George Gray says an important issue for the ... Read More