In Sports, the Solomon Islands national men’s futsal team, Kurukuru has left the country for Australia today to play against the Australian national futsal team in two friendly matches this weekend.

The friendly matches are part of the team’s preparation to the upcoming 2016 Oceania Football Confederation Futsal Championship in Fiji next month, where Kurukuru will play to defend its title.

The team comprised of 14 players, a coach and a team manager.

SIBC Sports understands, the team will make their preparation in Australia for two weeks before heading off to Fiji for the Championship. 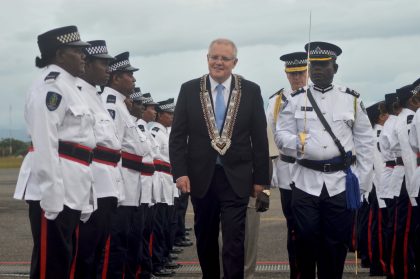 The fight against Breast Cancer. Photo credit: www.reddymedicalgroup.com A breast cancer specialist team from Melbourne, Australia will arrive in the country next week. The Australian ... Read More