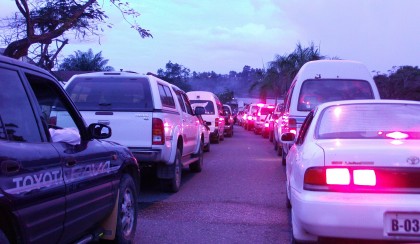 A former government worker has questioned why the National Transport Board has not addressed the continuous traffic problems in Honiara.

George Kuper said the National Transport Board should create ideas to ease the frequent congestions.

He says one way to help ease the traffic congestions is to allow only certain vehicles on the road at certain days.

He said the Honiara City Council together with the National Transport Board should also build proper taxi and bus stands, and regulate taxi movements to minimize congestions.

SIBC News understands a major road improvement project for the Honiara high way will be carried out by Japan later next year.