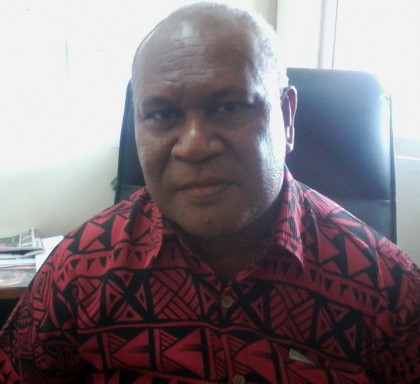 Four Solomon Islanders who are in Australia under the Labour Mobility Scheme have been declared as illegally living in Australia.

The four people are part of a group of 14 Solomon Islanders who travelled to Australia to work in the country’s horticulture industry under the scheme late last year.

The Supervising Permanent Secretary for Foreign Affairs and External Trade, Joseph Ma’ahanua explained the situation to SIBC News in an interview today.

“In the process of getting our people back what has happened is the Ministry through our High Commission in Canberra has been trying to get in touch with the workers who have overstayed and they have kept track of them until as of the latest, four have returned. So there are four workers who are still in Australia.”

The Supervising Permanent Secretary also explained the four people are now illegally living in Australia because their visa conditions are attached to their contractors.

“They are staying illegally given that the visa conditions are only attached to the contractor who recruited them. In the case that, they have to work for a different contractor or any other farmer is already a breach of what the Australian Government has permitted them to work under the scheme.”

Meanwhile, the Supervising Permanent Secretary for Foreign Affairs and External Trade says the Ministry will continue to promote Solomon Islands participation under the labour mobility scheme with Australia despite the recent negative experience.

Joseph Mahanua says the Ministry will be looking at how to improve the selection process for workers at this end and preparation process for Solomon Islanders selected to work under the scheme in Australia’s horticulture industry.

“We will try and continue to promote our participation under the scheme we have with Australia and in that regard we’ll be looking at how we can improve our selection but, in particular, the process of preparation of our nationals who have been identified to work under the scheme.”