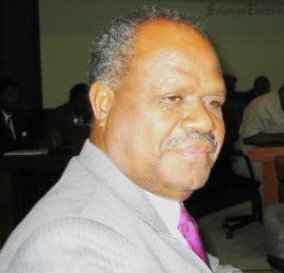 The High Court has ruled against the October 26, 2012 decision by the Speaker of Parliament, Sir Allan Kemakeza in allowing Parliament to debate and vote on the Opposition’s proposed Motion of No Confidence in Prime Minister Hon Gordon Darcy Lilo without being introduced to the house for deliberation.

The ruling came after an application by the Leader of Opposition Hon Dr Derek Sikua who sought a judicial review of the speaker’s decision which he deemed was unlawful, thus rendering the motion of no confidence still valid.

The Opposition counsel, Gabriel Suri submitted to the court that the speaker erred in not withdrawing the notice of no confidence when instructed by the Opposition Leader Hon Dr Sikua and further erred in allowing the motion to be debated in parliament in the absence of the mover.

He said the effect of these breaches enlivened his client’s right to come under section 83 of the constitution for relief.

However John Sullivan of Sol-Law who represented the speaker of parliament in this case contended in his submission to the court that the speaker did not deny the right of the opposition leader.

Mr Sullivan said the speaker having accepted the motion of no confidence as valid, afforded the opposition leader every opportunity to move the motion.

He said the problem was caused by the opposition leader deliberately absenting himself from parliament whereupon the speaker merely introduced the motion of no confidence for deliberation.

On Friday 26th 2012, motion however appeared on the order paper and when parliament convened at 9:30am, the speaker called on the opposition leader to move the motion.

At 2pm when the opposition leader was again absent, the speaker ruled that the motion is nevertheless debated.

Other members of the opposition raised objections but were overruled by the speaker who ordered the debate to proceed.

The question of whether parliament had no confidence in the prime minister was then subsequently put for voting resulting in its defeat.