Activities during the day started off with a march by various groups including RSIPF, Women’s church groups, school students, youths and children. 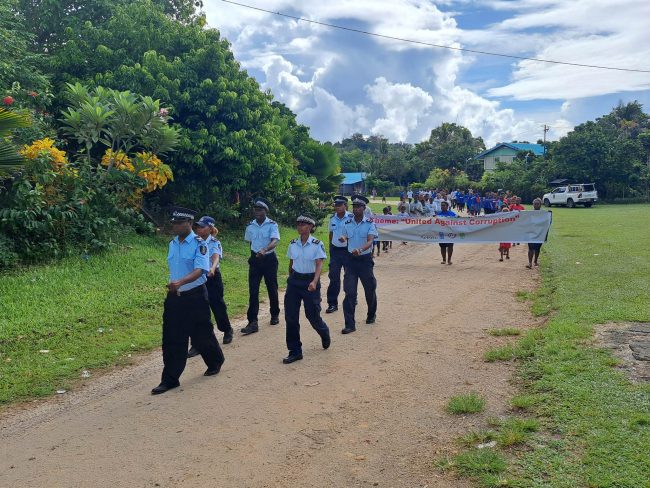 A Parade during the celebration

The organised march was led by RSIPF members and started at the Tulagi Police station to the Tulagi multipurpose hall where speeches were delivered followed by entertainment by various dancing groups.

Main speeches during the program were delivered by the Director General of the Solomon Islands Independent Commission Against Corruption (SIICAC) John Kouni and the Central Islands Provincial Premier Polycarp Galaigu.

The team also hosted presentations and a panel discussion at the Tulagi market followed by a quiz for school students and young people.

Presentations and discussions focused on the roles and functions of SIICAC and the integrity institutions such as Leadership Code Commission, LCC, Office of the Ombudsman of Solomon Islands, OOSI, Office of Auditor General, OAG, and Office of the Director of Public Prosecutions, ODPP, and the RSIPF. 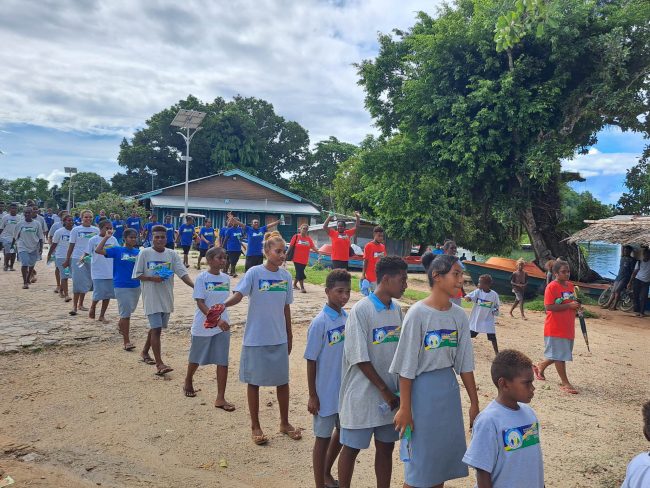 Students taking part in the celebration

The team has been conducting awareness talks on anti corruption around Central Islands Province as part of preparations leading up to the International Anticorruption Day celebrations today, Friday 09th December.

The theme for this year’s International Anticorruption is “Uniting the world against corruption.”

Isabel Province is taking the lead in supporting the Solomon Islands Independent Commission Against Corruption (SIICAC) in the anti-corruption campaign in the Province. This followed ... Read More