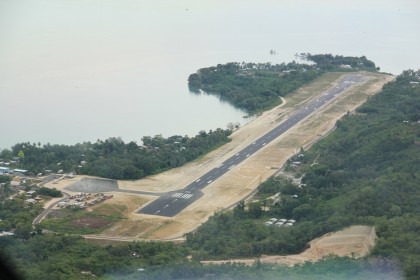 He thanked the New Zealand Government for its assistance on the important national project.

“Let me also inform the House that our second proposed international Munda airport is entering its second phase. The second phase will involve three components, parameter fencing, runway lights and navigational aid and fire service facilities. At this point too Mr. Speaker I wish to thank the New Zealand Government for its generosity in assisting us in realising this important project for our country.”

A320 AIRBUS TO UNDERGO ANNUAL MAINTENANCE IN MANILA