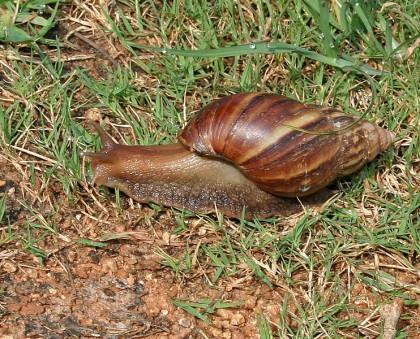 Permanent Secretary of the Ministry of Agriculture and Livestock, Jimmy Saelea told SIBC News, the country’s food security is still safe despite the threat posed by the Giant African Snail.

Mr. Saelea says the country’s natural food web can neutralize the current and any other biological threats from the Giant African Snail.

“It’s not necessarily under threat. The snail is just one of those pests coming in, but will gradually stabilize especially in terms of its effect. All exotic pests which were brought in from outside will be very aggressive in their initial stages and cause damage, but eventually, it will gradually decrease because of nature.”

SIBC News understands the snail has invaded most parts of Honiara and Guadalcanal.

A cassava farm. Photo credit: Agronigeria. A research team from the Ministry of Agriculture and Livestock are in West Kwaio in Malaita Province to carry ... Read More