TSI ON POLITICAL INSTABILITY WITHIN G-PROVINCE 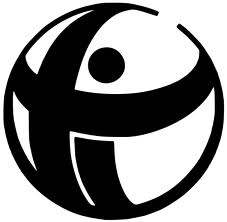 TSI is concerned for Guadalcanal Province over political instability. Photo: Courtesy of TI.

The organization made the statements following reports that Guadalcanal Province politics is at a stand-still.

TSI says, two political camps have been claiming a majority since May last year – the opposition lead by former premier Antony Veke and the Provincial Government lead by Premier Mr. Steven Panga.

The Veke-led camp says they may table a motion of no-confidence against Mr. Panga when the Provincial Assembly meets early next month.

In its weekly column this week, TSI says political infighting has meant that provincial program of action has not been implemented.

TSI says the victim in this situation is the people, because money and political decisions which are supposed to benefit the people are wasted by elected officials playing political games.

TSI says Provincial leaders must understand and respect the people whom they represent in the Provincial Government.

The anti-corruption watchdog also said Provincial leaders decisions and actions must reflect the interest of the people and not themselves or other influential businessmen who twist democratic processes to serve their interests.

‘Send them to jail’: Fisheries Minister on Blue Boats’ captains

The blue boats being escorted into Honiara earlier this month... By Rickson Bau The Ministry of Fisheries and Marine Resources has recommend that the captains ... Read More