The Women’s Rugby Sevens tournament will kick off next Thursday.

It says registrations are now open for interested teams and clubs to participate in the two-weeks tournament.

Prize presentations at the end of the tournament will also coincide with the awards for the recent 10’s rugby competition won by the Royal Blues team last week.

Interested teams can call Nick Hatigeva or Fredson Soaki to confirm their participation. 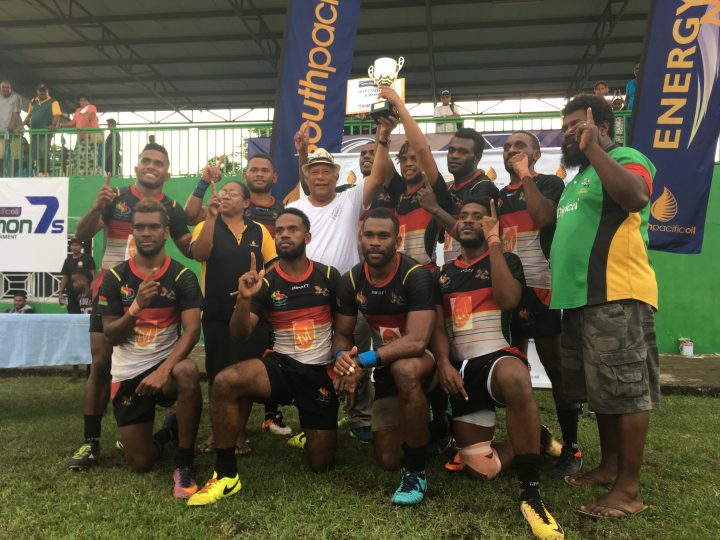 The Vanuatu Barbarians with the winning trophy.   The visiting Vanuatu barbarians are champions of the 2018 South Pacific Oil Solomon 7s after beating the ... Read More

The Inter-Islands Rugby Tournament. Photo credit: HRUA. Western Isles battled it out against Rennell for the top spot in the grand final of the Matson-Silent ... Read More