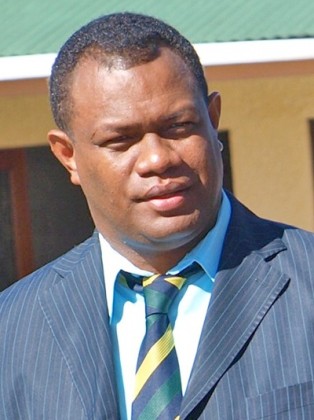 Abana filed an application to stay a court order against him. Photo: Courtesy of Solomon Islands Parliament

East Fataleka M-P Steve Abana has filed an application to stay an order by the High Court for him to pay more than half a million dollars to a Silas Fakani.

The order resulted in an enforcement order from the Court in which Mr Abana’s two vehicles were seized last week after he failed to respond.

But Mr Abana’s legal representative has filed an application for the Court to set aside the default judgement.

The application was based on the grounds that the service of the filed claim was made on Mr Abana during the sitting of the National Parliament, and this was not permissible by law.

The application also stated Mr Abana did not own a tractor as claimed by Mr Fakani, and they had never entered into any agreement regarding repayment of the tractor.

Mr Fakani last year filed a lawsuit against the MP to reclaim money he claimed the MP extorted from him in monthly contractual proceeds.

Recent media reports say he was awarded an aviation contract for maintenance work of the Honiara International airport and he asked the M-P to help him buy a tractor-grass-mower for the task.

He said they had a verbal agreement that he should repay Mr Abana 60-thousand dollars monthly until he paid off the tractor, which cost the MP more than three-hundred thousand dollars.

Mr Fakani claimed Mr Abana continued to deduct money from him even after he had repaid the cost of the tractor over five months from May 2012.