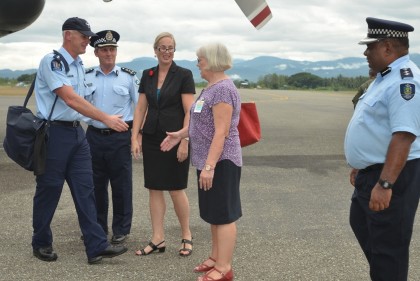 A contingent of Australian riot police is among more than 90 Participating Police Officers (PPF) being flown to Solomon Islands ahead of next week’s elections.

While Police officers from Pacific Island island countries are already on the ground, the Australian and New Zealand contingents expect to arrive in Honiara today and tomorrow.

Meanwhile, RAMSI’s Special Coordinator Justine Braithwaite says the increase in PPF personnel is only a contingency measure while the local police force is in full control of policing the elections.

Meanwhile, the Commonwealth Secretary General is deploying an 11 member Observer team to the country, to observe the country’s National General Elections, on November 19.

The Commonwealth Secretary General’s Office says, this is in accordance with an invitation by the Solomon Islands government.