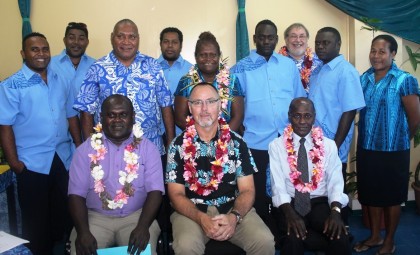 This will reduce processing times and lower business costs for compliant traders.

It will also improve efficiency and effectiveness in customs control, which should increase government revenue.

The new customs information system was officially launched today by the Permanent Secretary of the Ministry of Finance and Treasury, Harry Kuma, and the Australian High Commissioner to the Solomon Islands, Andrew Byrne.

Speaking at the opening, Mr Byrne said Australia is proud to have contributed $1.9 million Australian dollars in introducing ASYCUDA.

He says Australia is committed to supporting Solomon Islands economic growth through trade and the use of technology.

Meanwhile, Harry Kuma says the system will provide support to the Government in modernising the customs and commercial elements of its foreign trade infrastructure to levels required for a modern economy.

Mr Kuma thanked Australia for its ongoing support to customs including funding for the modernization system.

He acknowledged the Australian Government for its invaluable contribution to the Customs Department through its support for the project.

In the past, customs processes were mostly done manually and not aligned to international standards. This has hampered trade.