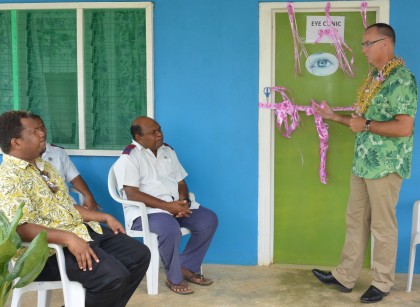 The Australian High Commissioner Andrew Byrne has officially opened an eye clinic at the Kilu’ufi Hospital in Auki, Malaita Province.

The eye clinic was funded by the Australian Government.

“Upon their arrival the delegation was met by student warriors and was escorted to the school site where they were officially welcomed by the school administration and the Acting Chief Education Officer on behalf of the Malaita Education Authority, to Laulana Community High School.”