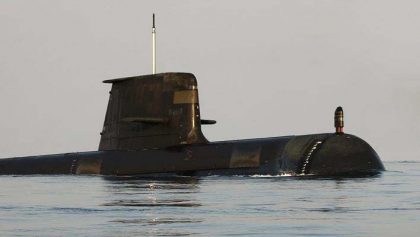 Unsuspected Honiara residents were amazed and confused to find a submarine laying just outside the city, which was an unfamiliar site to them.

Many people took to social media asking questions on the sub’s origin, and dozens of photos of the sub was uploaded online.

The two sick sailors were transferred ashore and are receiving medical care pending evacuation to Australia.

“We are grateful to Solomon Islands for assisting to facilitate the medical care of our officers,” said Australian High Commissioner Roderick Brazier.