Australia is increasing its Overseas Development Assistance Budget as part of its commitment to the Pacific region.

Speaking exclusively to SIBC News via zoom this morning, Australia’s Minister of Development and the Pacific, Hon Pat Conroy said the Labour Party is always a supporter of development in the region. 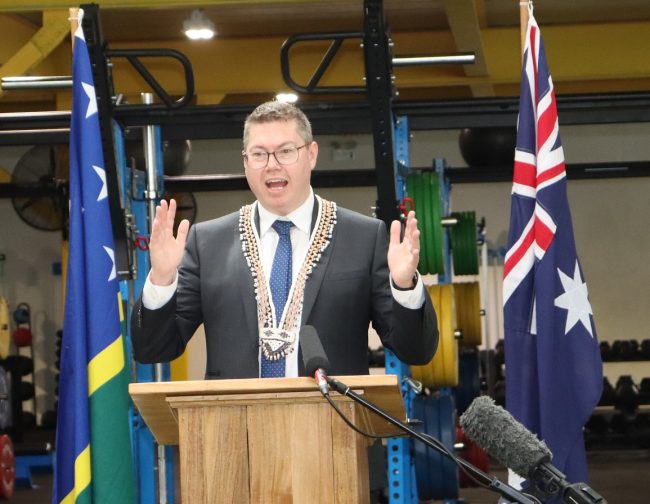 The Australian government in its budget last night announced it is committing AUD1.9 billion for its Overseas Development Assistance Budget, an additional AUD900 million is added specifically to the pacific region.

Around AUD170 million dollars of this assistance is committed to Solomon Islands for next year.

The Minister also dismissed that China’s growing influence in the region has forced Australia to provide such commitment.

“We began developing our policies when I became the Shadow minister for the pacific in 2019 so that long predates any discussions or debate about growing influence of other countries in the region so what I want to assure your viewers is that Australia has being a long-term partner for the Solomon Islands you have to look at how we supported Solomon Islands during the RAMSI period so understand we are very committed in the long-term,” the Minister stated.

Australia reduced its aid assistance to the region drastically from 2015 to 2019.

Lowy Institute reported that in 2016, Australian aid to the region was at its lowest level since the 1970s.

Mr Conroy said for too long, the pacific region has heard words from Australia and not action.

He added the current government is all about action to support Solomon Islands and the region.