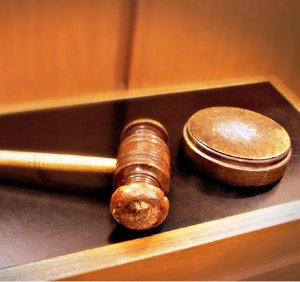 Three men have been tried in the Magistrate’s court for beer theft. Photo: SIBC

Three employees of Sol Brew Company Limited will stand trial at the Magistrate’s Court on 21 April for allegedly stealing 35 cartons of beer in July last year.

The trial date was fixed after a short pre-trial conference yesterday.

The Court heard from the prosecution yesterday, a witness claimed one of the accused drove out in a fork-lift truck with two cartons of beer at the back.

Another witness alleged the same accused contacted her to meet up with him at Tanakake, in Panatina Ridge.

She said when she got there the accused, and another man was already drunk, adding she overheard the accused saying he had sold seven cartons of beer and they were drinking two cartons that were left.

The three accused have denied the charges.

The new RSIPF Commissioner, Frank Prendergast from Australia. Photo credit: SIBC. Six people have been arrested for the break in and assault incident at the Ruavatu ... Read More

The High Court of Solomon Islands. Photo credit: SIBC. The High Court has sentenced two men from Isabel province for incest and rape. One of ... Read More