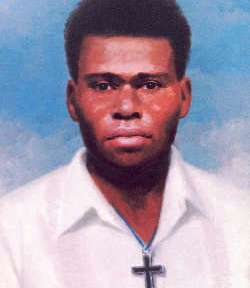 Hundreds of Catholic Catechists in and around the Parish attended the event since Monday.

President of the West Kwaio Catechists Association, Tarisisio Ogamauri told SIBC News the event was significant for them as Catechists.

“It is very important in a sense that the Church has blessed us Catechists by the Blessed Peter To Rot; a Melanesian from Papua New Guinea who stood firm by his faith during the Second World War and was killed by the Japanese for his faith.”

Catechist Ogamauri adds, over a thousand people attended the celebrations which ended yesterday.

Pentecostal Church. Photo credit: vpevangel.wordpress.com The United Pentecostal Church is running a conference for its followers in Honiara. Theme, 'Declaring that Jesus is God, this will ... Read More