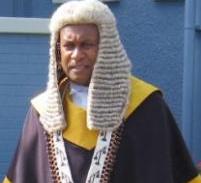 Chief Justice Sir Albert Palmer says the Democratic Coalition for Change (DCC) Government seems to have no issue finding money to pay its soon-to-be appointed Political appointees while people are being denied the quality of judicial service they deserve.

Speaking at the opening of the legal year this morning, Chief Justice Palmer says the national judiciary continues to face difficulties recruiting suitable candidates for vacant positions such as Judges and Magistrates due to the unattractive salary levels and terms and conditions.

He says the judiciary is the smallest arm of the Government and least expensive, yet requests for increases or improvements on salaries terms and entitlements for judicial officers or new Courthouses receive very slow or no response at all.

He says the recent announcement of 39 Political appointees by the DCC Government shows it seems to have no issue finding money to pay for their positions.

“In the papers last week we read of a list of political appointees to be appointed by the Executive Government. Apart from questions of merit, legitimacy and justifications, it would seem that finding money to pay for such positions is not going to be an issue with Government. Ultimately it is the public that is being denied the quality of service that they deserve. This is unsatisfactory and must not be tolerated.

The National Parliament of Solomon Islands. Photo credit: Synexe. The implementation of the 2017 national budget is a major concern for West Kwara'ae communities, Malaita ... Read More