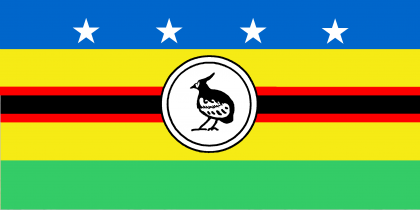 Prime Minister Hon. Manasseh Sogavare has congratulated the Premier of Choiseul Province Hon. Jackson Kiloe and his people on the occasion of the 24th anniversary of the province’s devolution from the national government.

Mr Sogavare says the event provided an opportunity for Choiseul Province and its people to reflect on their past challenges and achievements and renew their commitment to the future of their province.

He adds according to the Auditor General, this is the first time in the history of auditing in Solomon Islands for a qualified audit opinion to be issued by the public sector institution including line ministries and urged the Choiseul Provincial Government to maintain its number one position.

The Prime Minister also assures the Choiseul Provincial Government and people of DCC’s support for the development of a new provincial township at Choiseul Bay.

Around 2,000 people including the Choiseul Premier and his executive attended the ceremony.

The Court of Arms of Solomon Islands. Photo credit: SIBC. The National Government has advised that due to the current bad weather, celebrations to mark ... Read More