Delivering his remarks at the official opening of the 2023 Legal Year yesterday, Sir Palmer said as an arm of the government, the Judiciary continues to remain unnoticed.

Briefly stating the important constitutional aspect of judicial independence in Solomon Islands, he said the position of judiciary continues to be misunderstood and misapplied which results in denying Judiciary the much-needed support it needs. 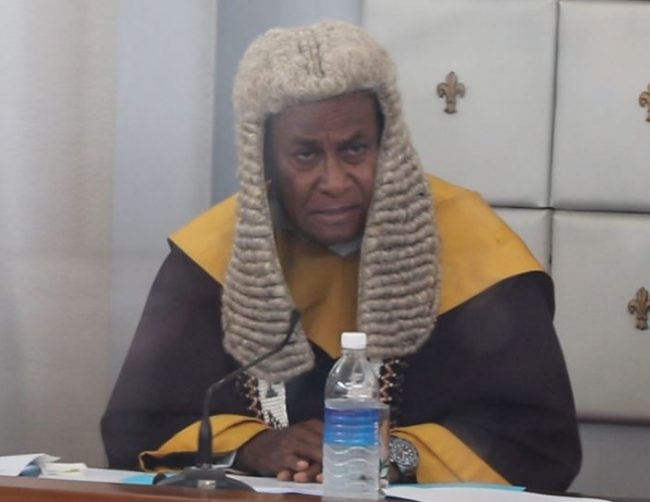 “The Solomon Islands Government is made up of three distinct pillars, the Legislature, Executive and the Judiciary. While we are more familiar with the other two arms, the Judiciary continues to remain in the shadows. I have said many times, we are not loud and noisy, we are the weakest branch, we do not hold the power of the purse nor the sword, our power lies in the judgements and decisions that we deliver according to law, and public confidence and trust.”

“We do however exercise a crucial function in the overriding role of maintaining peace, stability, and good governance in the country, through the administration of justice,” he said.

He quoted the Latimer House Guidelines for the Commonwealth on Judicial Independence that ‘The provision of adequate funding for the judiciary must be a very high priority in order to uphold the rule of law, to ensure that good governance and democracy are sustained and to provide for the effective and efficient administration of justice’.

“This is our position when it comes to negotiating for the National Judiciary’s budget, that it be viewed from that perspective. It is not for want of appropriate submissions, consultations, negotiations and dialogue, or justifications to advocate for the budget of the judiciary. Our corporate team every year does its best to make the necessary submissions but sadly, these are not given the due consideration that it deserves.” 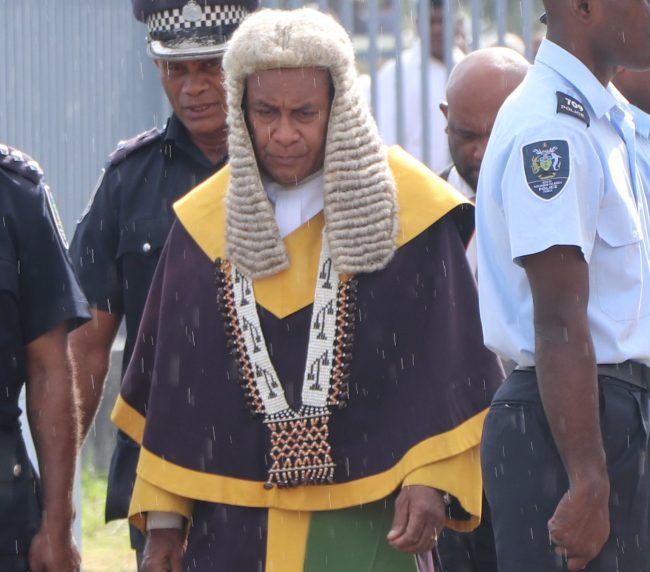 Sir Palmer during the ceremony

“Last year I spoke about the delay in holding the Court of Appeal sitting in 2021 resulting in only one sitting being conducted. This year we have scheduled two in-country sittings of the Court of Appeal, one in April and the other in October. We were, however, given sufficient funds only for one sitting, not for the second sitting. Again, we will have to make an application for a contingency warrant to enable us to fund the second sitting in October. This is unsatisfactory, we do not have to keep applying for supplementary every year simply to carry out our basic and core functions,” he explained.

Sir Palmer then further explained that with the five courts that need to be adequately funded, each Court has its own specific task, role, and function to perform.

He said to provide necessary provisions for these courts, the cost of sittings, essential staff, facilities, and circuits annually requires a lot of money.

“The important point to note here is that if the budget is already reduced or constrained and is inadequate, by the time it gets to Cabinet and Parliament it is already inadequate.”

“This is why we are advocating from the outset for our budgets to be considered from that Constitutional mandate and perspective so that they are given the due attention and prioritization from the beginning.”

Newly elected President of the Solomon Islands Bar Association ( SIBA) Lazarus Kwaiga, also called on the government to fully commit to the financial independence of the Judiciary as a way to efficiently deliver justice.

“The Judiciary which covers all Courts of the Land from the Court of the Appeal down to the local Courts have over the years faced lack of funds that have caused cases to be delayed unreasonably leaving judicial Officers, Practitioners, Litigants and Court Users frustrated.” 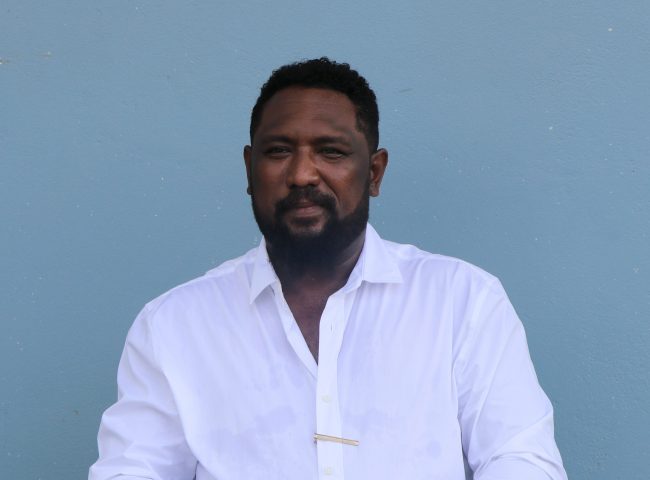 SIBA wishes to highlight that the Judiciary is and always have been the cornerstone of our democracy and in fulfillment of its role to protect and safeguard the freedom of and rights of all Solomon Islanders by impartially interpreting and applying the rule of law without pressure and thus the financial independence of the judiciary is pivotal in such aspect,” he said.

The government in its 2023 budget has allocated 5 million dollars for the National Judiciaries Development Estimates Expenditure, the same as last year.