World leaders and negotiators on 20 November had approved a decision on the COP27 agenda on ‘Loss and Damage’ which would create a fund to compensate Small Island Developing States (SIDSs) or poor nations that suffered the impacts of climate change believed to be worsened by developed countries’ carbon pollution.

The historic deal would see billions of dollars go to SIDSs and poor nations to assist them in coping with the adverse impacts of climate change. 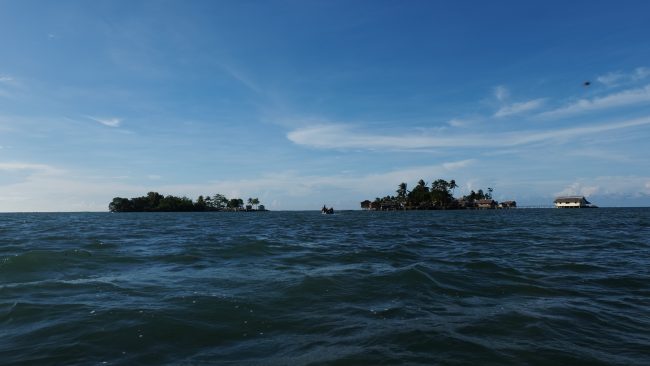 Permanent Secretary for the Ministry of Environment, Climate Change, Disaster Management and Meteorology Dr Melchoir Mataki said the deal approved to establish a fund to compensate countries affected by climate change is a momentous decision for Solomon Islands.

Despite the decision, it is too costly to compensate for climate change related loss and damage in Solomon Islands.

“Loss and damage is essentially around reparations or compensation so to speak. The value of what we have lost so far is immense, probably you really cannot strictly put a value to it because it is too valuable to be valued.’’

“ Loss to our Islands, loss to our culture and loss of areas that are very important to our people is very difficult to put a dollar value on,’’ Dr Mataki said.

He said at least a call by a vulnerable country such as Solomon Islands for the establishment of a loss and damage fund was agreed to during the climate talks.

The government of Solomon Islands with the support of development partners over the years have set up initiatives such as the Climate Resilience Unit to administer funds which are purposely to address the impacts of climate change.

The Permanent Secretary added there are other ways in which Solomon Islands can access resources, however, this will take time and needs commitment.

“The government is working on ensuring Solomon Islands is well prepared to access funding to compensate for loss and damage when it is available.’’ 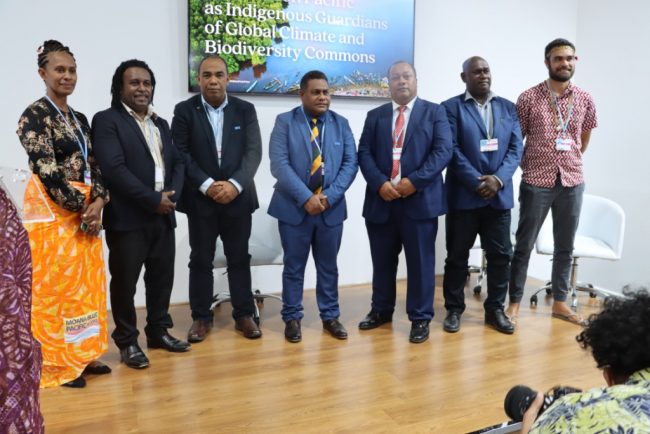 A group photo of the panelists of the Tok Stori on Pacific as Indigenous guardians of global climate and biodiversity commons at the Moana Pacific Pavilion (Third from left is Dr Melchoir Mataki | Photo: MECDM

The biggest priority for negotiations by the Pacific at COP27 is the establishment of a Loss and Damage Finance Facility.

The Pacific has been concerned by how developed states tend to conflate loss and damage with mitigation, adaptation and the funding for these two issues when they are clearly not the same thing.

Climate Policy Officer for the Pacific Islands Climate Change Action Network Jeshua Hope said  Loss and damage is already occurring, it is irreversible and it is not just having an effect on the environment and homes but also on things of incomparable value that have implications on Pacific culture and traditions.

“ While we are ecstatic that our fierce Pacific lobbying and campaigning for a Loss and Damage finance facility has been successful and recognised in the COP outcomes, we are also still clear on the need to hold developed states to account for these promises and more, and to ensure that the fund is operationalised as soon as possible because we have waited long enough.’’

Simon Stiell, UN Climate Change Executive Secretary said “this outcome moves us forward,” said  “We have determined a way forward on a decades-long conversation on funding for loss and damage – deliberating over how we address the impacts on communities whose lives and livelihoods have been ruined by the very worst impacts of climate change.”

Set against a difficult geopolitical backdrop, COP27 resulted in countries delivering a package of decisions that reaffirmed their commitment to limit global temperature rise to 1.5 degrees Celsius above pre-industrial levels. The package also strengthened action by countries to cut greenhouse gas emissions and adapt to the inevitable impacts of climate change, as well as boosting the support of finance, technology and capacity building needed by developing countries.