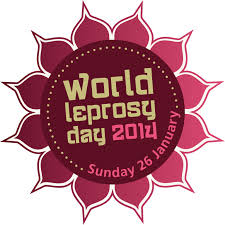 The Acting Permanent Secretary for Health and Medical Services Dr Chris Becha has called for unity in the work to raise awareness on leprosy.

Speaking at a Service to mark World Leprosy Day on Sunday, Dr Becha said the theme for the 2014 World Leprosy Day – “Joining Forces – Accelerating Progress” – calls for people to work together in the cause for massive awareness on leprosy.

He says it is now time for people to work together in unity to eliminate leprosy disease.

“2014 Leprosy Day theme calls for the unity and yes we must work together in the cause for massive awareness, through distribution of information, education materials, disseminating information through mass media, conducting seminars and workshops for both the sufferers and also the health workers, on the facts about the disease and in these we must tell them the truth about the disease and only through the media and us joining forces with them, can we tell them the truth about this disease. And I think this is the message that we can give to the people; the facts about the disease”, he said.

Awareness programs on leprosy are being carried out this week in identified hot spots in Honiara.

SIBC News understands the Ministry of Health recorded 27 new leprosy cases since last year – of which 20 cases were found in Honiara, alone.

SANTA ANA WITHOUT REGISTERED NURSE SINCE MAY.