A group of young Solomon Islands leaders are supporting calls on the Parliamentary Entitlements Commission to ‘revoke’ the recent awarding of tax-free salaries to members of parliament.

Alumni of the Emerging Pacific Leaders Dialogue (EPLD), who are leaders in the private sector, resources, community development, industry, legal, development aid, media and government says, the raft of awards is not in the interest of Solomon Islands.

The Group adds, it does not seem to be based on any analysis of the economic trajectory of the country and are, therefore unsustainable.

The EPLD emphasised these development challenges must be dealt with first before this group of elected leaders can talk about justified rewards.

Meanwhile, the EPLD Alumni says the Finance Minister insults the public’s intelligence by comparing MP salary to wages of apple pickers when everyone knows that fruit-picking is only up to six months, and more importantly, are performance-based.

It says, the justification that MPs feed many people demonstrates their own lack of understanding about their roles in law making, representation and scrutiny of public funds and confirms how disconnected they are to the reality of the lives of Solomon Islanders where  many families face the same challenges.

Atenasi Wasuka, a member of the group adds, actions like last week’s ‘Red Friday’ is a proof that this matter is something Solomon Islanders feel strongly about.

Ms. Wasuka says, should the Prime Minister and his executive ignore these calls, they will be remembered as the Government who deliberately chose not to hear their peoples’ call.

INFRASTRUCTURE DEVELOPMENT GRANTS TO SCHOOLS IN THE COUNTRY: HA’AMORI

Photo: Courtesy of UNESCO The Ministry of Education and Human Resource Development is preparing all necessary arrangements to disburse an additional 14-million dollars towards infrastructure ... Read More

Map of Solomon Islands. Photo credit: World Atlas. Solomon Islands could be an ideal tourist destination for Chinese tourists, according to visiting Counsellor of the ... Read More 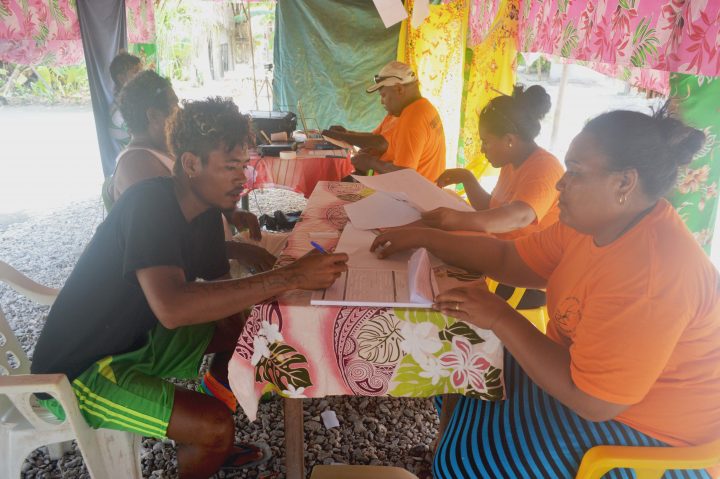