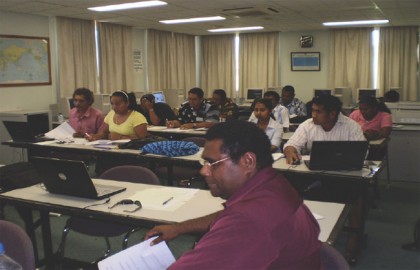 The Solomon Islands Meteorological Service is installing and testing a climate-based monitoring and early warning system that will give out early malaria warnings.

The office will initially try out the new system in Guadalcanal and Central Islands Province this week.

Deputy Director of Meteorology Lloyd Tahani says once operational, the malaria early warning system will significantly support the improvement of malaria control and response strategies in the country.

“It will help to improve health in Solomon Islands as we know malaria is one main cause of death. And we hope that with this early warning system not only will our authorities be able to make better plans to fight against malaria but also our local people will use the information to prepare themselves so that malaria will not affect them.”

Meanwhile, a three day workshop is also being held with key stakeholders to share new findings about the relationship between climate and malaria in the country and discuss how this information will be used to develop the early warning system.