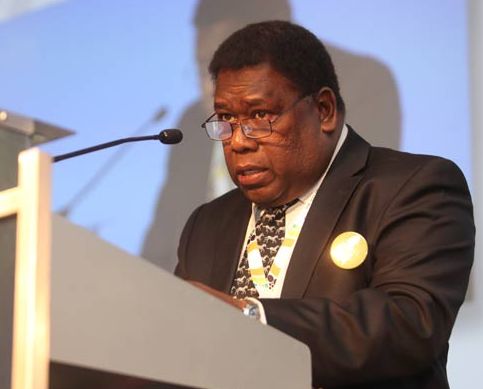 The Central Bank of Solomon Islands is predicting a 3.4 % growth in the Country’s Economy this year.

The increase is expected from fishing, construction, tourism, and Agricultural sectors.

Despite a significant drop from last year’s 3.7 % growth, which was buoyed from a resurgent global economy, up from a revised  3.4 % in 2016.

GDP growth is projected at around 4%, as major developments in progress in the country roll out, along with other contributions from agriculture, fisheries, mining, and construction.

“The drop in this year’s economic performance is mainly because we expect a slight drop in the logging industry,” he said.

“Logging sector is one of the key sectors in our economy, but we were proven wrong in the past when we made such predictions on the drop in logging activities.”

Governor Rarawa also called for reform to the country’s economic structure in order to progress.

He said in order for the county to develop and progress, the economy needs to grow between 5 to 7 % annually.

“The priority area that will have a direct impact on the lives of our people in the rural areas is SME reform.”

The governor said the country must use the private sector as the engine for growth to include a focus on Small and Medium Enterprise, including  micro enterprise.

He also said the country should work on the governance and sustainability of the natural resources,  particular  logging and mining.