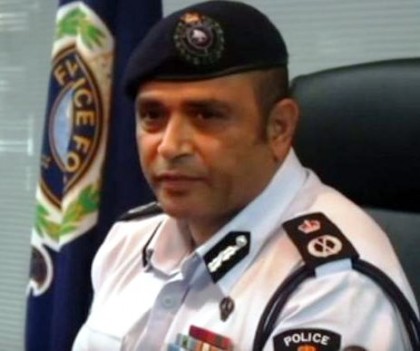 Fiji’s Police Commissioner Sitiveni Qiliho leaves the country today after a one-day visit to the capital.

Discussions were around police cooperation between the two countries in disaster and emergency response and the upcoming Melanesian Spearhead Group Police Commissioners Conference.

“He is particularly interested in the ways that the RSIPF and the Fiji Police Force could cooperate around the region on things like a disaster and emergency response and we had some discussions about the upcoming MSG Police Commissioners Conference as well. That was a very good visit and it was good to see him in the Solomon Islands, I did take the opportunity to thank him for the contribution that Fijian police officers made to RAMSI over the time RAMSI spent in the Solomons.”

The Kurukuru team. Photo credit: futsal4all.com In sports, the Solomon Islands National Futsal side Kurukuru has finally landed in Fiji ahead of next Monday's Oceania's ... Read More