Finally! The new underpass and bus lanes open for business 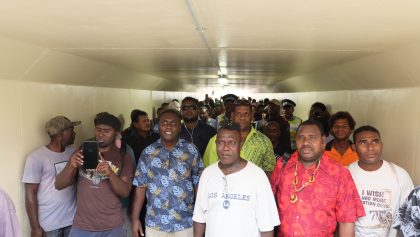 The first crowd of people walking through the underpass

After months and months of roadworks, the Honiara central Market underpass and Bus bay has officially opened for public use.

In an opening event yesterday, the contractor handed over the keys to Honiara City Council officials to open the revamped underpass and the newly developed bus stands around the Central Market.

Opening the underpass, acting Honiara city council mayor Charles Aiwosugho said it marked another chapter in the development of the city.

He said people must look after it properly and take ownership of the costly new projects. 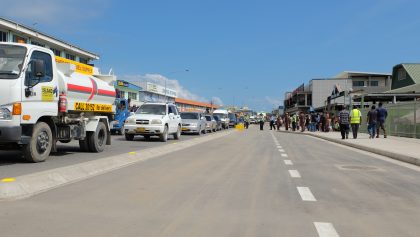 The new bus lane is open for business

“In opening this underpass, I appeal to the public to look after it, we have to take ownership in maintaining it everyday,” he said.

“To those of you who are using public buses, there are new bus bays that are allocated for your service and everybody must follow the new procedures, and from my view everybody will benefit a lot from this”.

The benefits were plain to see during yesterday afternoon’s peak hour, with SIBC witnessing free-flowing traffic and crowds of people at the new bus area going east of the city.

The development, backed by the Japanese Government, has been years in development and is a major part of the roadworks around the central city area. 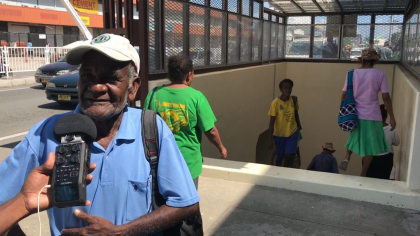 Speaking to SIBC yesterday, Denis Vili, who was visiting from Savo Island for the day, said the pedestiran underpass and new road was a good thing for Honiara.

“It’s much safer for people crossing the road,” he said.

‘It’s something small for my country’: Frank Haikiu and his RAMSI monument