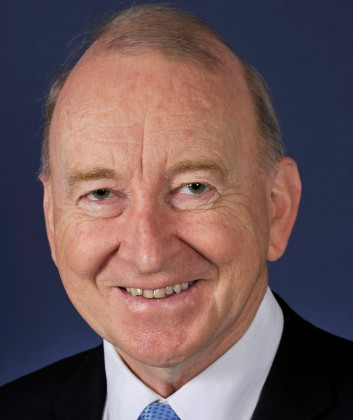 The Regional Assistant Mission to Solomon Islands (RAMSI) Former Special Coordinator Mr Graeme Wilson has died peacefully at his residence in Pretoria on Tuesday after a short illness.

A statement from RAMSI’s Special Coordinator office has confirmed today.

The statement says it is regretful to announce the death of the former Special Coordinator.

Meanwhile, the Acting Special Coordinator of RAMSI Mr Richard Griffith says this is a sad time for all members of RAMSI.

Mr Griffith says thoughts and prayers of RAMSI personal are now with Graeme’s family at this very sad time as they remember him for his commitment and contribution to the Mission in his two years as Special Coordinator.

The late Graeme Wilson served as the Special Coordinator for RAMSI in the country from 2009 – 2011.

Police is warning the public to be careful when going out to the beaches after a crocodile was sighted at Hammock beach in North Guadalcanal ... Read More

MSG logo. Photo credit: SIBC. The proposal to establish a Melanesian Police Academy is amongst agendas for discussion by the Melanesian Spearhead Group Leaders at ... Read More