The Telekom S-League successfully completed four matches over the weekend.

In the second match yesterday, Hana FC triumphed over X-Beam three goals to one.

On Saturday, Kossa beats Marist three goals to one. 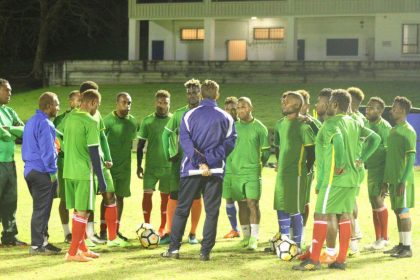