The National Government has planned for an overall deficit of $972.6 million in the 2022 Budget with total consolidated revenues estimated at $3.559 billion and total expenditures estimated at $4.531 billion. 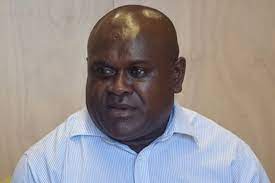 The government is confident that the balance of $972 million will be externally and domestically sourced to ensure the fiscal stability and credibility of the budget is maintained.

Of the forecasted $972 million budget deficit, government has already secured $563 million from its normal multilateral and bilateral partners, as well as from savings brought forward to 2022.

Minister Kuma said the Government is conscious that the two shocks including covid-19 and the recent riots will severely impact the economy in 2022.

At the same time, the Government is also aware that as a developing country, we also have a very young population with increasing demand for quality social services, and more infrastructure development to boost growth in order to provide more employment opportunities.

National Parliament of Solomon Islands. The Deputy Prime Minister and Minister for Finance and Treasury-Hon Manasseh Sogavare has presented the government's budget of 3.926 ... Read More