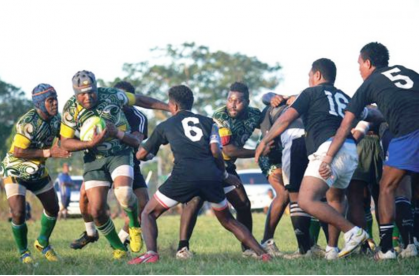 The Honiara Rugby Union Association (HRUA) has started the preseason games at the Panatina rugby field over the weekend.

The game saw Solomon Islands National University (SINU) took on Marist, followed by Diesel Services against MOI and the main match of the day between Henderson Hammer Head against the Avaiki team.

Clubs were asked to come prepared with SIRUF officials to officiate the games.

A statement from the rugby association said other rugby players were also allowed to join any team during the preseason matches until all clubs register their members to HRUA.

The Honiara rugby management acknowledged all the support rendered in the last two years to rugby and looking forward for more support this year and a much improved 2015 season.