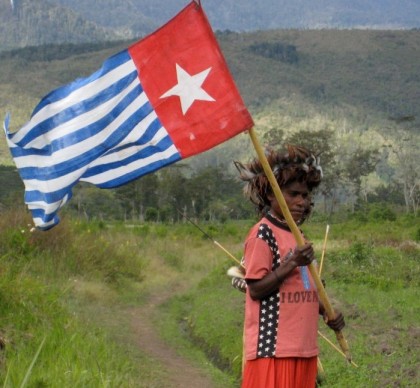 Indonesia’s Papua region must be made in conjunction with Jakarta.

Prime Minister Gordon Darcy Lilo and other leaders in the Melanesian Spearhead Group are considering a bid for membership by the indigenous Melanesians of Papua region.

Mr Lilo, who says Jakarta has taken heed of his call for an end to abuses by security forces in Papua, describes Indonesia’s legitimacy over the region as unquestionable.

He says the choice by West Papuans to join Indonesia was made with the 1969 Act of Free Choice, although the referendum is widely regarded as having been stage-managed.

Radio New Zealand International reports, Mr Lilo as saying it was done under the auspices of the United Nations, and everyone needs to respect that process.

He explains, we need to work within that legitimate authority.

Japanese Embassy staff with the scholarships. Photo credit: SIBC. The Embassy of Japan in Solomon Islands has announced the selection of Japanese Scholarships for research students ... Read More