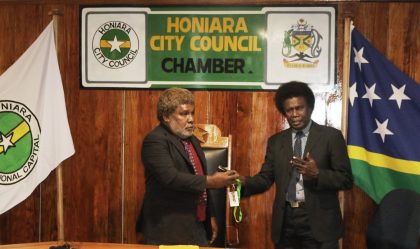 After the counting of votes this afternoon, City Clerk, Charles Kelly officially declared Councilor Wilson Mamae as the Mayor-elect for Honiara City.

In his short remarks after the declaration, Mayor-elect, Councilor Wilson Mamae thanked all city residents for their trust and confidence in electing them as Councillors.

” Thank you also to the people of Honiara City, especially those who voted for the other Councillors where we’re here, you have confidence and trust on us,” he said.

“I assure you that the 12 of us who represent the wards in Honiara will work towards aims and objectives that we have said during our campaigns.”

The Mayor-elect said he looks forward to forming his executive and will set a date to deliberate on matters. 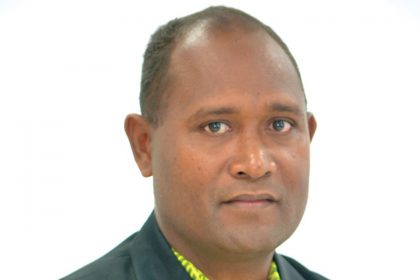