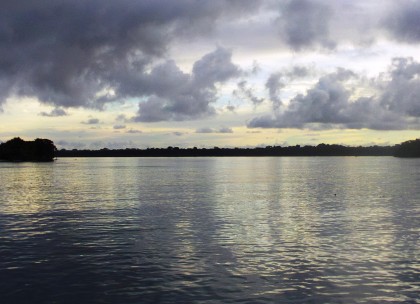 The two men from Choiseul Province who went missing since last Friday, have landed safely in North Bougainvillea last night.

Josiah Vana from Choiseul Province told SIBC News, they have received reports from Bougainville last night that the men have landed on Motlok Island in Bougainville.

“The two men who went missing on Friday here at Taro were rescued on an island in North Bougainville and are now awaiting to be transferred to Buka and then to Gizo hospital for treatment before they can be transported back to Choiseul.”

He said the men are now waiting to be transferred from Buka back to Choiseul province.

The Our Telekom logo. Photo credit: SIBC. Our Telekom has launched two newly built mobile towers in Choiseul Province - one at Ropa in South ... Read More