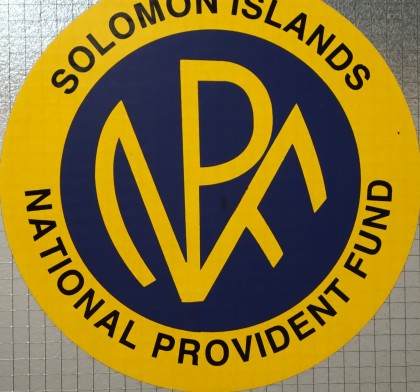 Members of the National Provident Fund have enjoyed a real crediting rate over the past 10 years since 2006, says NPF Board member Gideon Zoloveke.

Mr Zoloveke made the statement during the announcement of this year’s 10 percent crediting rate Tuesday this week.

“Over the past ten years since 2006 members with the fund have enjoyed a real crediting rate of more than 32 percent. Draft unaudited amounts recorded and estimated by the Board and Management for the funds’ financial year ending 30th of June, 2015, indicate that the funds investment portfolio had achieved another good year with an expected gross return of just over $200 million. This expected performance is above our cash 2015 targeted income of a $132-million.”

He adds, the performance was achieved despite a slow economic growth last year.

“The above performance was achieved despite a slowdown of the economy last year at less than one percent GDP growth as a result of the April 2014 flash floods and the closure of the Gold Ridge mine that directly affects one of the fund’s key investments.”