NO STANDARD SIX EXAMS IN 2016: MINISTRY OF EDUCATION 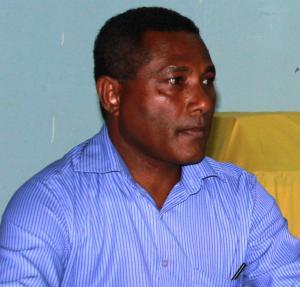 National Government through the Ministry of Education and Human Resource Development (MEHRD) has announced its historical initiative by enabling all primary school students to enter Form 1 starting this year.

A government statement said Permanent Secretary, Dr Franco Rodie announced and attributed the accomplishment of this initiative to government budgetary allocations to the ministry in 2015 for the delivery of educational services.

Dr Rodie said this initiative is to ensure primary school pupils entering Form 1 was finally being realised with all the Standard 6 pupils who sat the Solomon Islands Secondary School Entrance Examination (SISSEE) in 2015 being placed in Form 1 in 2016, meaning there are no dropouts in Standard 6 as of 2016.

He adds, with the budgetary allocations for the delivery of educational services, last year his ministry saw the upgrading and renovation of primary and secondary schools provide more space for more pupils to enter the school system.

The Permanent Secretary added that his ministry has recently put in place initiatives to provide more spaces for further education, including TVET training for Forms 3, 5 and 6 school dropouts.