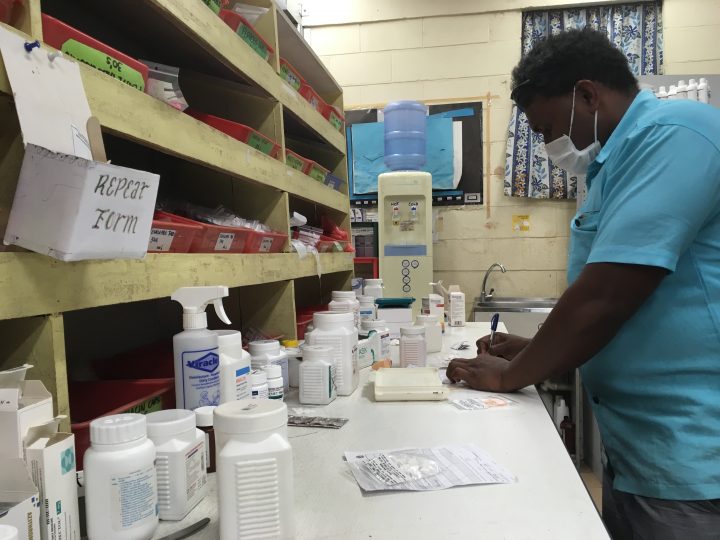 A health officer checking prescriptions at the NRH Pharmacy.

The National Referral Hospital in Honiara is slowly restocking its much needed medical supplies as they arrive into the country.

A Government statement had confirmed, medical drugs and supplies started arriving into the country since last Friday.

It said most of the specialised drugs needed for the Operating theatres had been sent to the theatres, while the Honiara City Council clinics were also being slowly restocked.

While supplies to provinces are being prepared to be shipped out, the Australian and New Zealand High Commission offices had confirmed their readiness to assist any short-term emergency responses.

However, the Government hoped the steady delivery of medical supplies would be adequate to address the situation.

The Government had also reached out to the Papua New Guinea Health Department in the event, that it needed additional short-term support, in particular with certain medicines that are common to both countries’ essential drug lists.

The statement added, the Ministry of Health and Medical Services and the Office of the Prime Minister and Cabinet expect continuing improvements with almost daily deliveries of essential drugs and supplies until stocks are fully replenished by September this year.