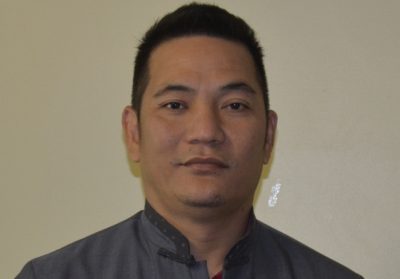 In a statement today, Hon Wale has questioned the AFP’s deal with the Prime Minister’s power broker Hon Namson Tran regarding the rental of Tran’s beachfront property at Tandai, West Honiara.

Hon Wale said according to information gathered it is claimed that AFP is renting the West Honiara MP’s area for $200,000 per month as AFPs beach house.

“The AFP’s deal with this Solomon Islands government politician raises a lot of questions surrounding their independence and that it is likely to undermine the public’s perception of their work in Honiara,” he said.

The Opposition Leader said it is ethically not right for AFP or any foreign police force for that matter to undertake business deals with any Solomon Islands politician.

“I doubt the AFP has similar business deals with their own politicians in Australia,” Hon Wale said.

Hon Wale also raised serious concerns that payments for the rental of the Tandai beach front property is done in an offshore account in Australia to avoid paying local tax.

The Opposition Leader said Mr Tran bought the prime Tandai land from the government for a meagre SBD $28,000 under the leadership of Hon Danny Phillip when he was Prime Minister in 2012.

Hon Wale said the plot was worth millions when that deal was done.

The Leadership Code Commission also fined former Prime Minister Danny Philip after he was found guilty of misconduct in office.

Hon. Tran got off scot-free.

“The government policy was not to sell its houses. But Hon. Danny Phillip authorised the sale of the property to Hon. Tran. So it is clear that the way Tran got the property was not right, and the Solomon Islands government lost out on millions of dollars from it. And now the AFP is making deals with Hon. Tran on that property. It stinks,” he said.

The Opposition Leader said Hon. Tran made no improvements on the land.

“The AFP should clarify their business deals with Hon. Tran on this property as it clearly jeopardises AFP’s mission here in Solomon Islands. If AFP is striking deals with government MPs then it surely compromises their work here,” he said.